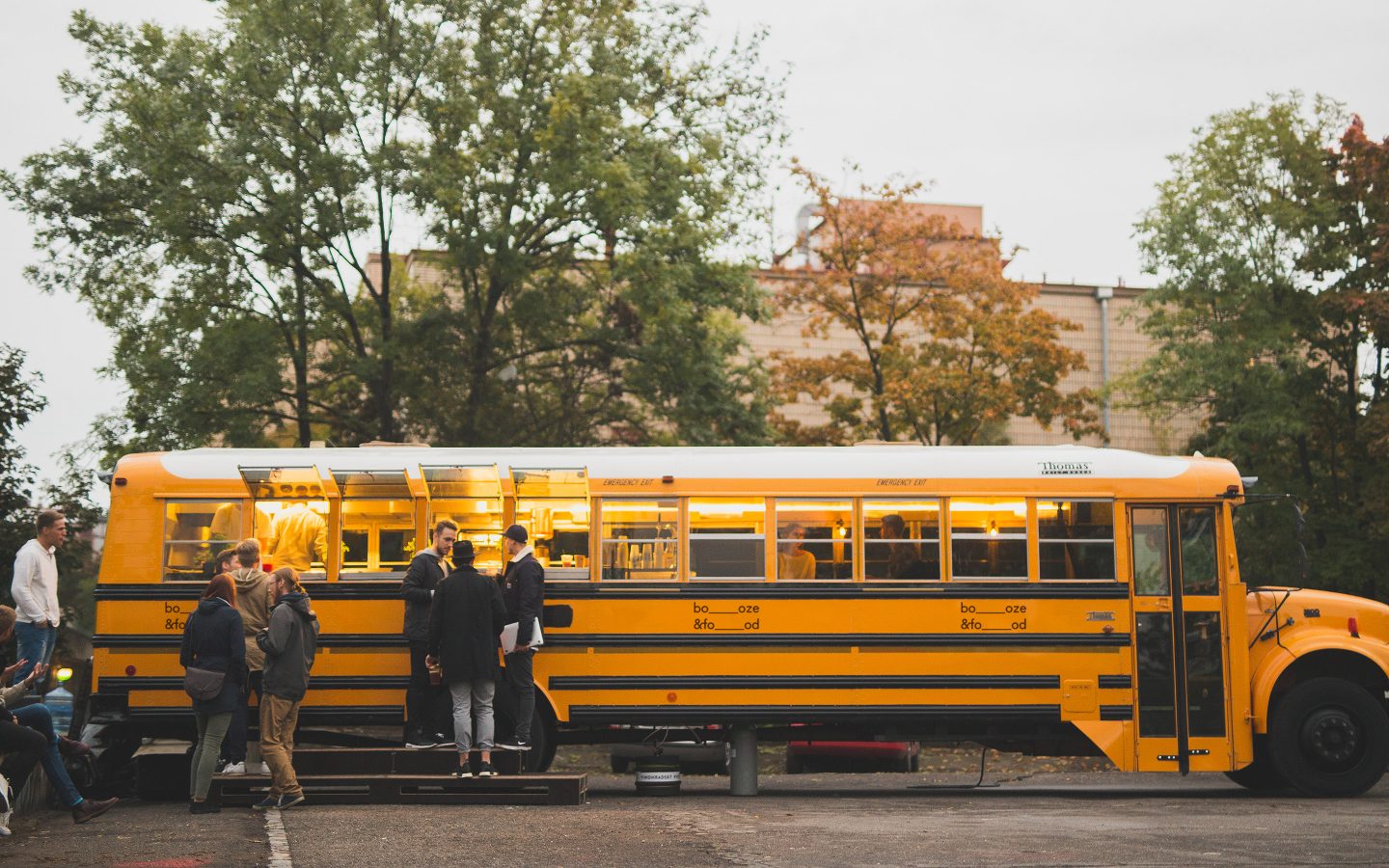 “We didn’t want to create just another design for hipsters. We wanted the new visual identity for Booze and Food to feel tasty and fresh. Just like the products they make.”

This spring we were approached by two young entrepreneurs, and lovers of food and travel, with their vision of foodtruck, or foodbus. Their requirement was to deliver the visual identity for their new brand Booze and Food. We were immediately intrigued by their idea and sheer enthusiasm. And also the actual foodbus was something special — an authentic American school bus all the way from Georgia, converted into a mobile bistro.

Booze and Food would offer American classics such as burgers and sandwiches, with the twist of Italian cuisine, a favourite country of one of the young entrepreneurs.

“I felt great energy radiating from the guys. We knew they needed something fresh and I think we actually achieved this by putting together two contrastive elements — the organic imprint of a stamp and a modern font,” says Mateusz, one of the architects behind the visual identity. Thanks to the font Fugue, the logo is raw, minimalist, with interesting details. It’s also inspired by the bus, where the two o’s in the words “booze” and “food” refer to the wheels of the bus. “The combination of colourful stamps with black text is also highly practical for all sorts of visuals to be used in different seasons,” adds Pawel, the second designer. He goes on to describe the system of horizontal lines as identification elements in bistro’s menus, print materials as well as on social media. 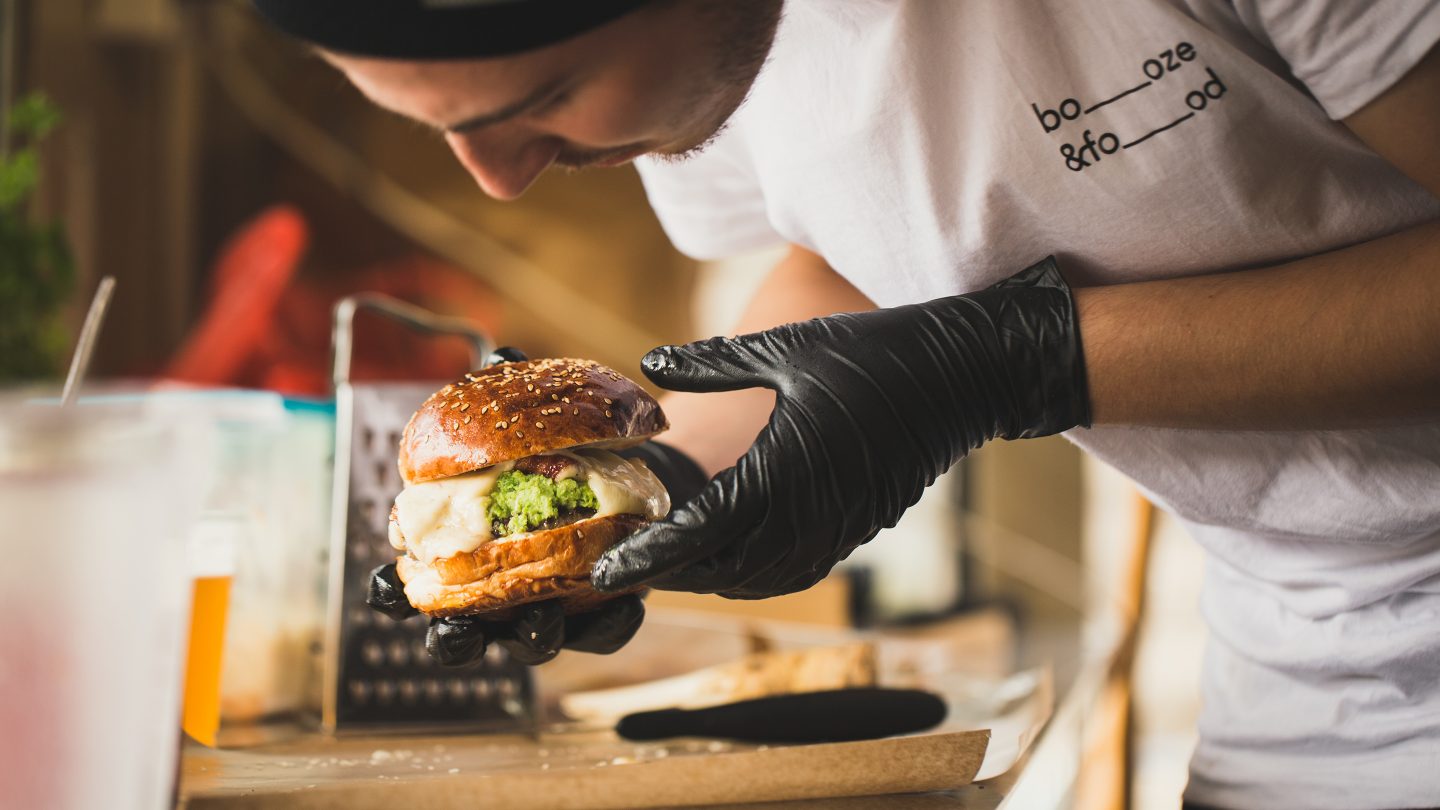 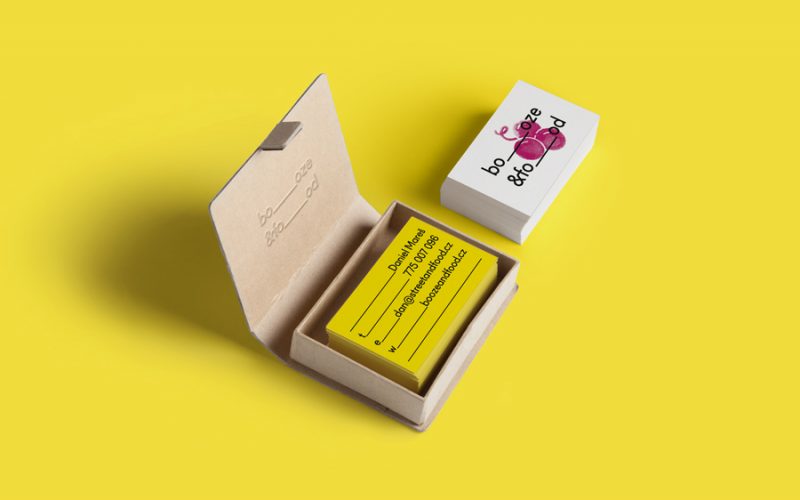 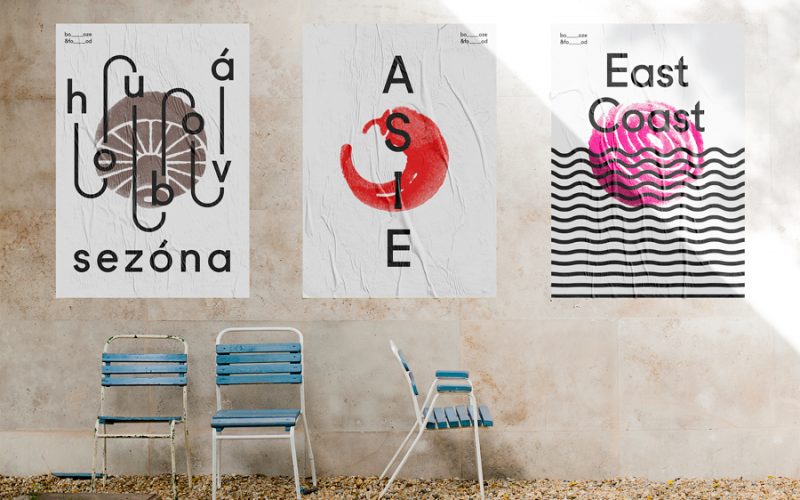 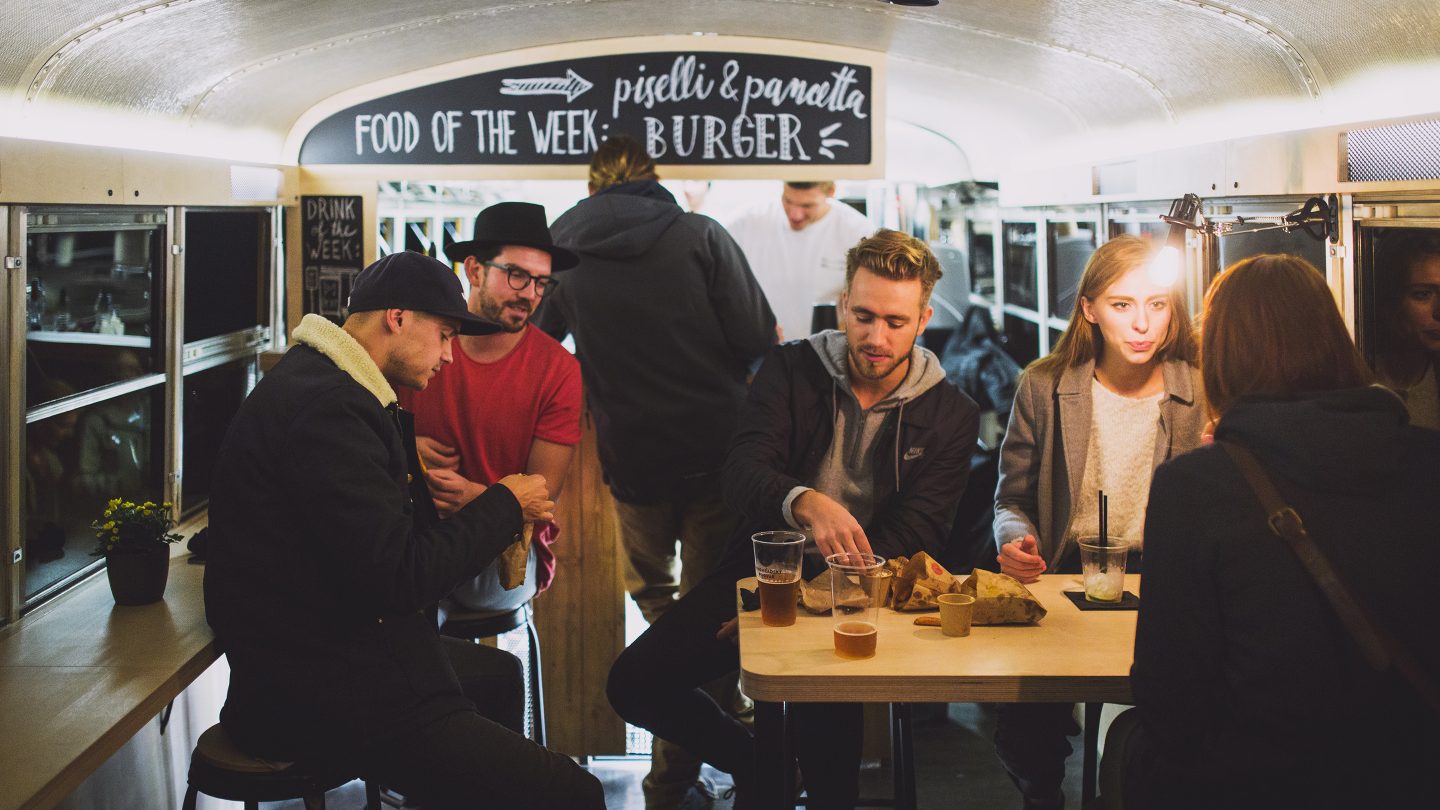 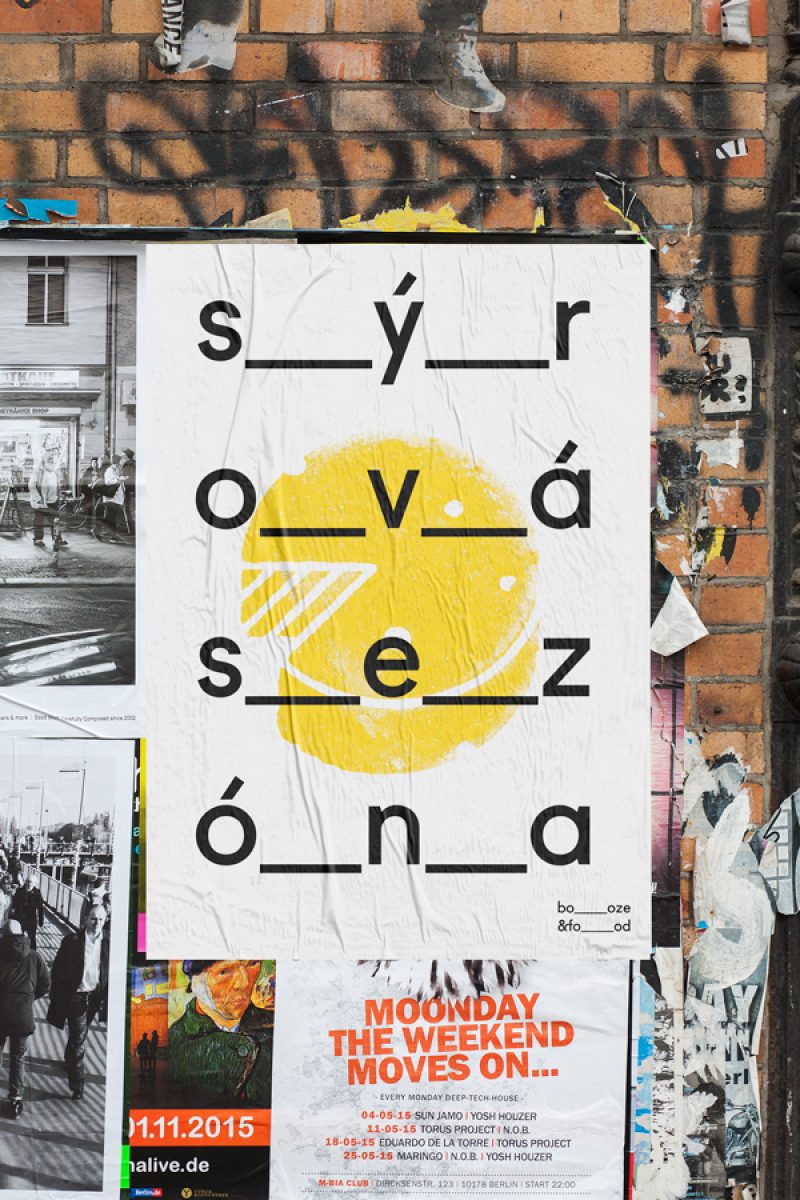 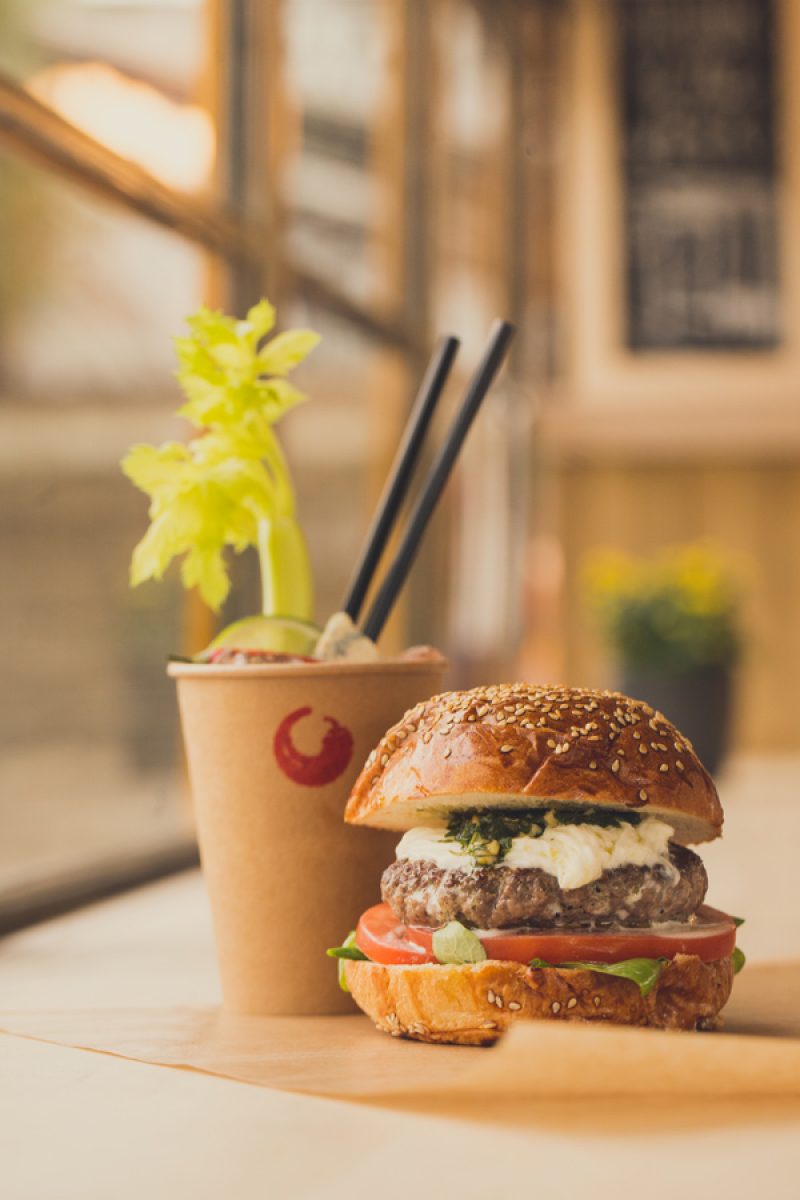 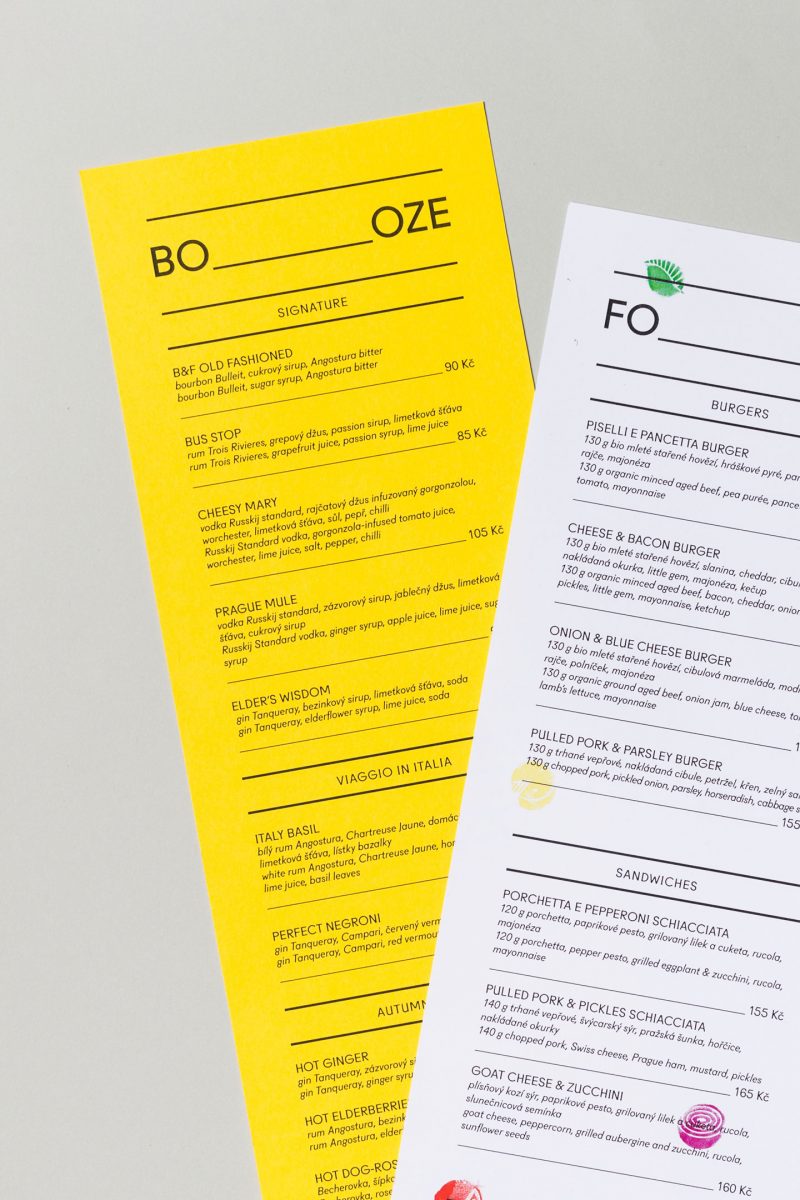 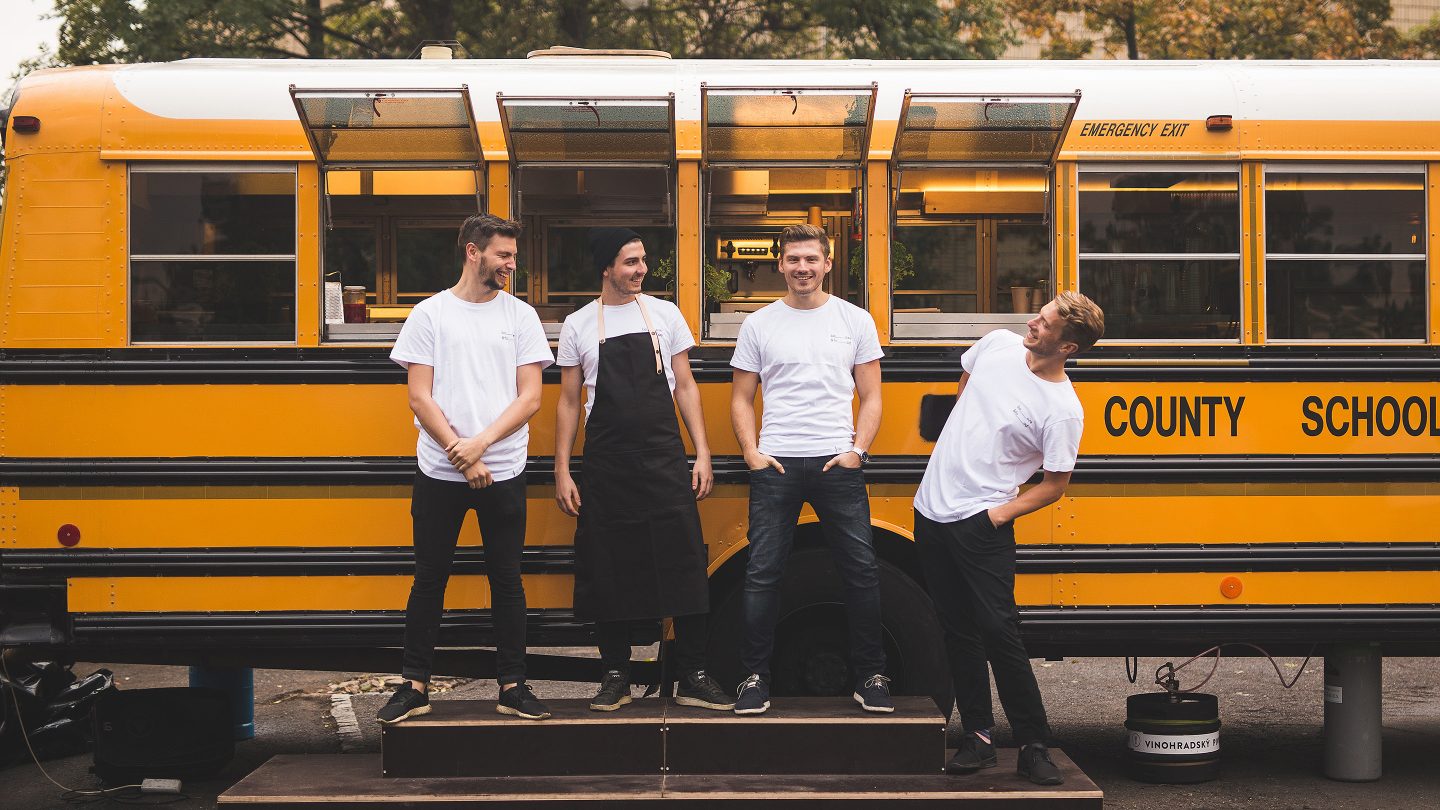 “We'd like to thank Little Greta for a really great job they delivered on our branding. We don't know much about marketing and so we're glad the guys helped us out.” 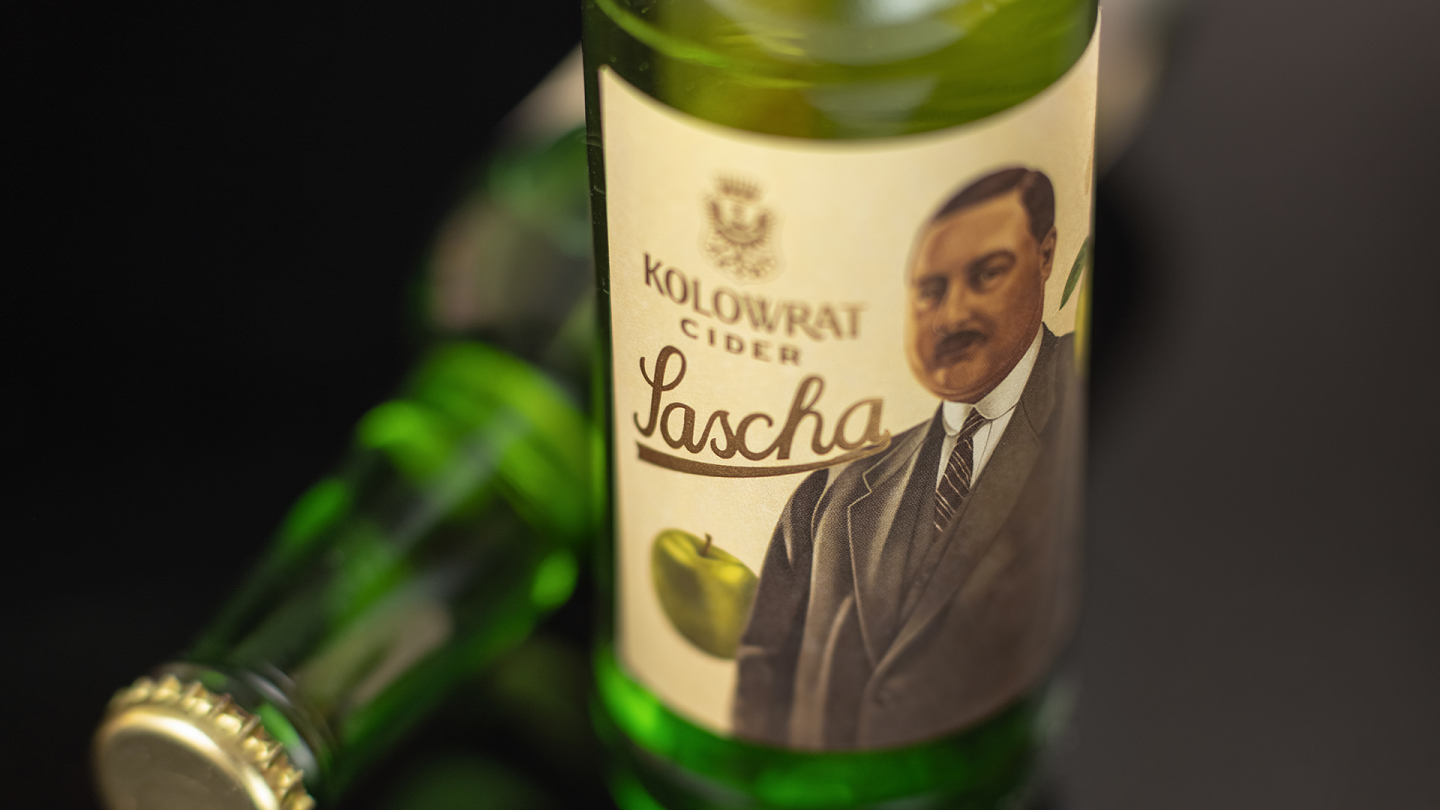